On Sunday, April 10, 2022, at about 1318 Hours, Deputies were called to the area of I-35, just North of Midway Road near the Ormsby Road, with a report of an adult male limping on the shoulder of the highway. Upon making contact with this person, he was found to have gunshot wounds to both of his legs. The victim was reluctant to provide details regarding the incident, but after extensive investigation, Deputies and Investigators located the scene of the shooting, which took place at the intersection of Ormsby Road and Thompson Hill Road in Midway Township. Evidence was collected from that location, including six .45 caliber shell casings and one unspent .45 caliber bullet.

The adult male victim was treated at Essentia Health St. Mary’s hospital and ultimately released after treatment. His wounds were considered non-life threatening.

In the following hours, Investigators were able to identify two persons of interest however there was not enough probable cause at that time to effect an arrest. The incident was believed to be an encounter between individuals familiar with each other. The investigation continued overnight into Monday morning. At that time, new information was received about a vehicle which was found abandoned near the Spirit Mountain campground. With investigative efforts redirected to that scene, additional evidence was located. Investigators continued working all throughout the day Monday into Tuesday, gathering additional evidence and working to put the pieces of the case together. All of this was done without cooperation from the victim. Through investigation, it was learned the persons of interest were picked up from the Spirit Mountain area by a third party.

On Tuesday, April 12, 2022, at about 1423 Hours, new information was received which ultimately led to the apprehension of the persons of interest. Additional searching near the Spirit Mountain Campground led to the recovery of a .45 caliber firearm believed to have been used in the shooting. A follow up search warrant was conducted at a residence in Carlton County, where additional evidence was recovered. One individual, identified as Austin James Webster, DOB 08/31/1992 was booked at the St. Louis County jail on charges of 2nd degree assault and attempted 2nd degree murder. Additional charges for other involved parties may be requested from the St. Louis County Attorney’s Office.

At this time the Sheriff’s Office does not believe there are any outstanding suspects involved in the incident and there is no ongoing threat to the public. The Sheriff’s Office would like to thank the many agencies and members of the public who assisted during this extensive three-day investigation. 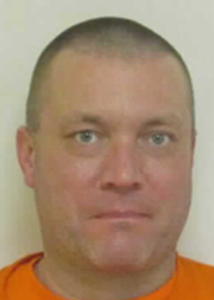