Monday the City of Proctor learned an individual working the Proctor election tested positive for COVID-19.  It is unknown when the individual came in contact with the virus. The election official was and is asymptomatic, according to city officials.  The Minnesota Department of Health will be conducting the contact tracing.

The Minnesota Department of Health advised anyone who spent 15 minutes or more within 6 feet this person would be at risk.   This particular election official was stationed behind plexiglass and wore a face mask the entire time.

The City of Proctor took many other safety precautions to keep voters safe such as encouraging social distancing, sanitizing voting stations and writing utensils and wearing face coverings at all times.  One City employee who was in close contact with this individual has been tested and the results of that test came back negative.

At this time city officials believe there is no immediate risk to City of Proctor voters or employees. However, as a precautionary measure City Hall has been closed and employees sent home for the remainder of the week so City Hall can properly clean and fumigate.  “We are taking this positive test result very seriously and will be diligent to ensure the safety of our staff and City of Proctor residents,” City Administrator Jessica Rich stated.

The Minnesota Department of Health recommends you speak to your health care provider if you have questions or concerns on when to get tested. 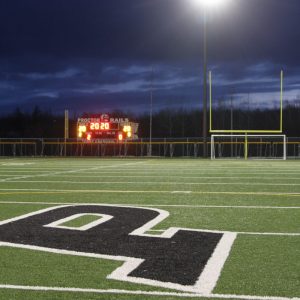